In the production there appears a figure of twins, imitating not only each other’s appearance, but also gestures, activities and expression. It is the result of common perceptions and previous incarnations, patterns from pop culture and the echo of the Doppelgänger myth. Individual differences are blurred, not only by a unified appearance, but also by an attempt at mental union. Fictitiously created twins make a journey through a real marketplace – a place filled with an infinite number of identical, mass-produced objects – goods constituting the object of desire of a mass recipient who, by purchasing them, gives up their own separateness. The video confronts us again with the concept of identity in the context of the ever-shifting boundary between the copy and the original, reality and fiction, truth and simulation.

Magdalena Łazarczyk (PL), born in 1985 and Zuza Golińska (PL), born in 1990, have been working in a tandem since 2014. They met at prof. Mirosław Bałka’s Laboratory of Spatial Activities at the Department of Media Art at the Academy of Fine Arts in Warsaw, where in 2015 they carried out independent diplomas. In joint projects, the artists create fantastic worlds relating to film, fairy tales and pop culture, in which a figure of mysterious twins always appears. They create films, performances and installations. They showed their work at exhibitions: “What have you learned from Facebook”, CCA, Tibilisi, 2018; “Invisible Wall”, Galeria Arsenał Białystok, 2018; “Hosted Simply”, Heiligenkreuzerhof, Vienna, 2015. 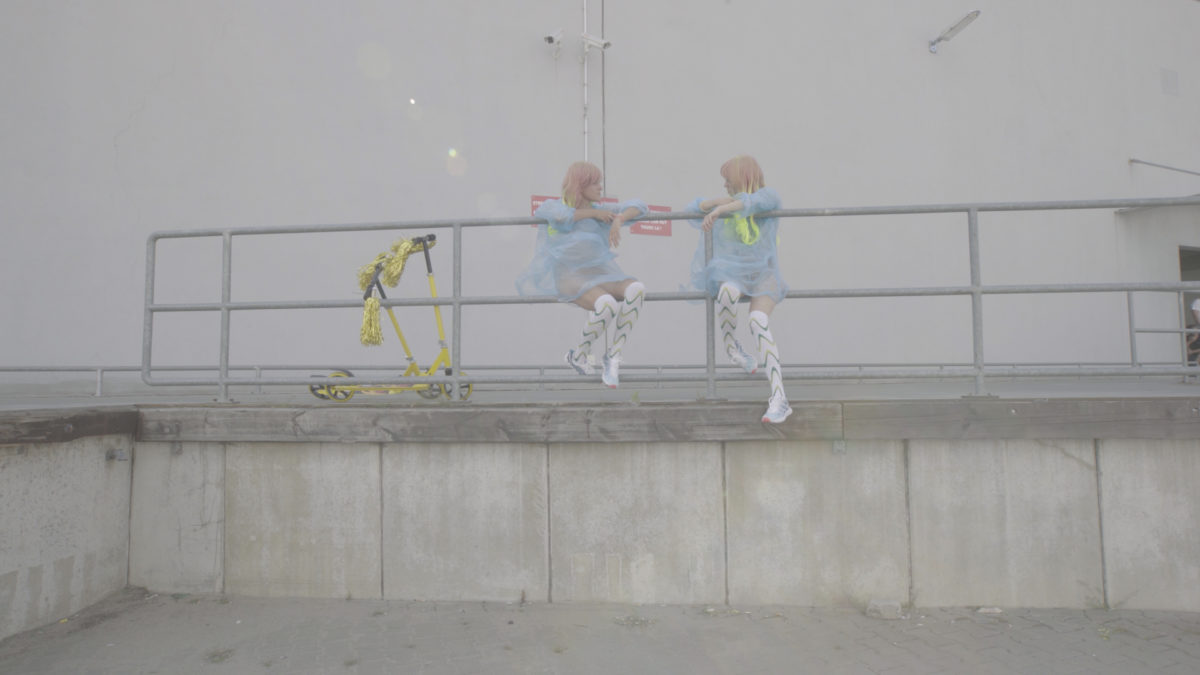