The Other in You
Share
Richi Owaki (JP) + Yamaguchi Center for Arts and Media [YCAM] (JP)
installation, 2017

The installation is an inquiry into the ontological status of the self, researching the basic human condition of relating to the self and the others by means of choreography and sophisticated media technology. Movements of the body and the act of watching it while detached from one’s own body can be experienced in virtual space and the real environment equipped with advanced technologies. In developing this work, technologies developed by the YCAM were used, such as the Reactor for Awareness in Motion (RAM) to capture the movements of the dancer Tomohiko Tsujimoto and to transform them into 3D dancing bodies. The Other in You offers a new way to experience contemporary dance with the use of cutting-edge computer graphics, haptic sensors which directly express the dance to the body, 17-channel stereophonic sound and research on Virtual Reality techniques.

Richi Owaki (JP), born in 1977, video engineer of the artist group Dumb Type, which he accompanied on its Memorandum tour. Member of the YCAM InterLab, carrying out research and overseeing the media planning and operation of YCAM-hosted exhibitions and performances. His solo works include installations and performance pieces. In his installation series skinslides (2009, ongoing), he seeks to create a permanent preservation of the dancer’s movements. Awards for skinslides: The Grand Prize, at the inaugural Jaguar Asia Tech Art Prize, Art Taipei 2015 (2015) and the Art Division Jury’s selection at the 16th Japan Media Arts Festival (2012). Honorary Mentions of the Prix Ars Electronica (2017).

Yamaguchi Center for Arts and Media [YCAM] (JP) since its opening in 2003 has run a wide range of evens including art exhibitions, performances, film screenings and workshops, with a particular emphasis on exploring new forms of expression employing media technologies. YCAM is distinguished by the establishment of an internal research and development team dubbed YCAM InterLab, composed of engineers, curators, educators and other specialists, which collaborates actively with local residents and experts in relevant fields on everything from conceiving artworks, and developing workshops.

Commissioned by Yamaguchi Center for Arts and Media [YCAM] 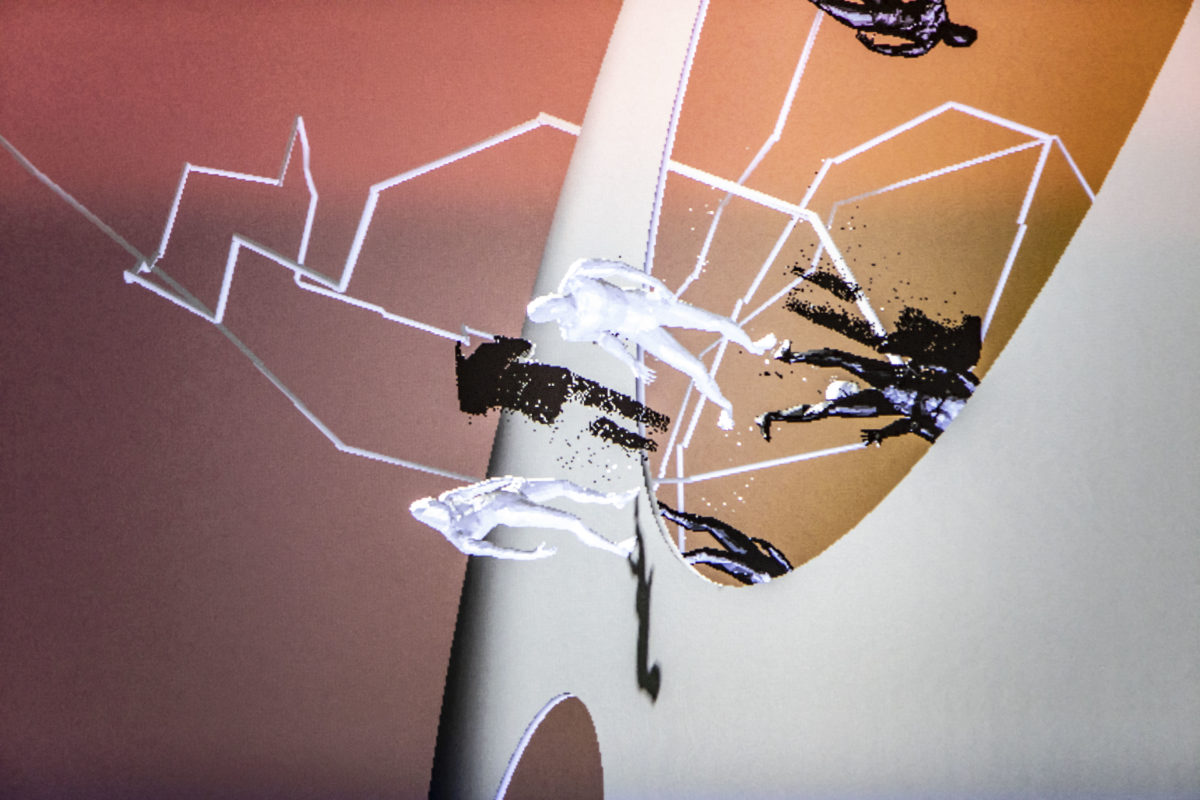