Whole cities are being built at incredible high speed in the four corners of the world. Their buildings all share one particularity, they are all abandoned even before their construction ends. These buildings are suspended between construction site and ruin, they are known as tofu buildings, instant ruins, but everyone knows them by the name of ghost cities.
An automated installation that builds and unbuilds an infinite concrete landscape inspired by ghost cities. A second tumulus-like shape lies beneath the first one, faintly lit by the machine, remnants of the production. A moving surveillance-camera system recomposes a live traveling shot inside the model that loops endlessly.
This fictional city doesn’t contain any human organism, abandoned since it first started, the city itself was never useful in any way. This anti-architecture is nothing more of a function and an occupation that will never occur.

Thomas Garnier (FR), born on 1991, is a contemporary artist who was formally trained as an architect. He received his masters degree in 2016 and then underwent the two year formation in Le Fresnoy Studio National des Arts Contemporains where he obtained his diploma with honors in 2018. He obtains the “Révélation Arts Numériques” from the ADAGP, the society for french artists for his installation work “Cénotaphes” also known as “Cénotaphe O”. 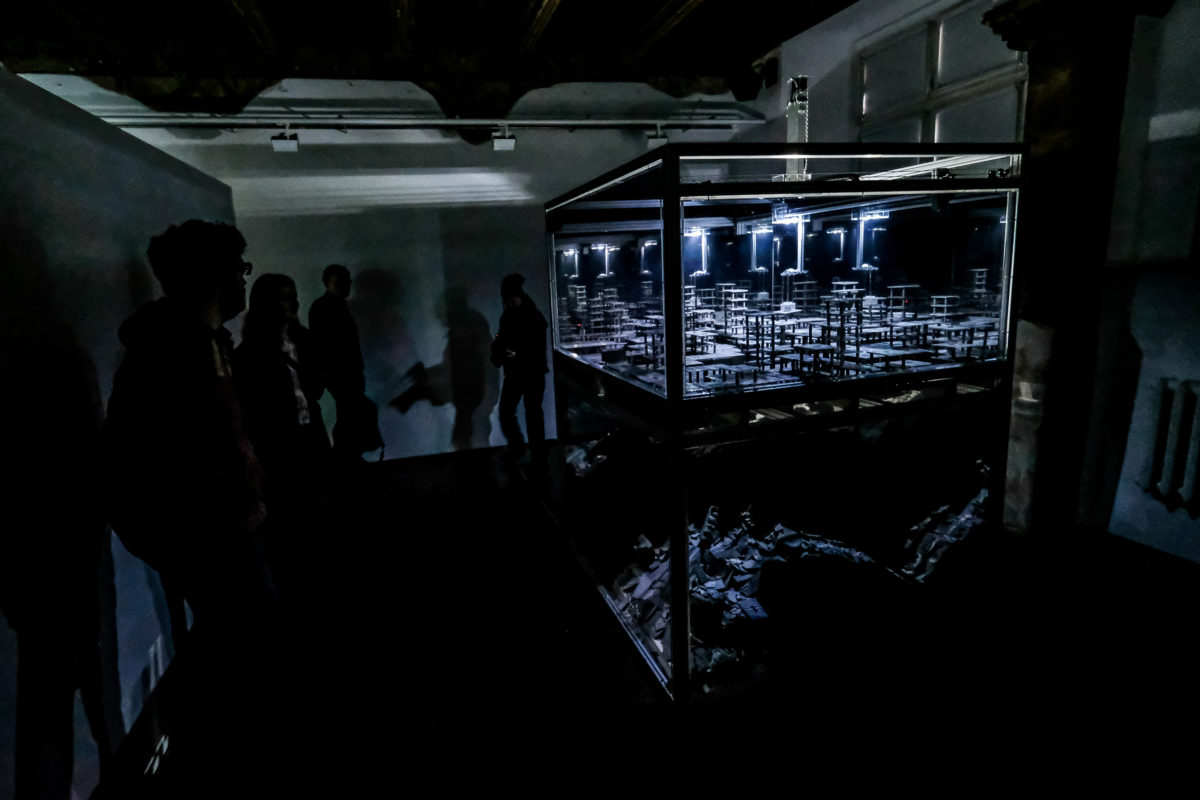 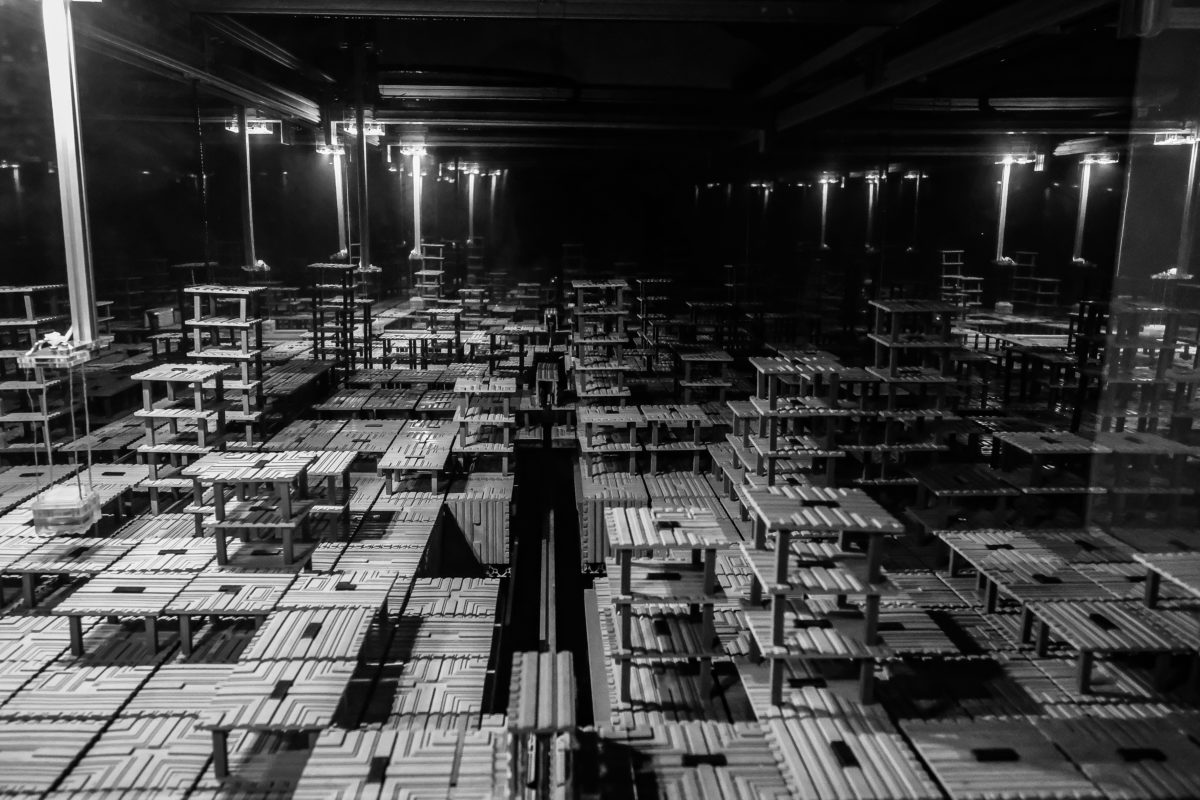