Meditation on a pack of wolves filmed from the air. The wolves are quiet and elusive. You can hear some playful growls, sniffing, licking, and the rustling of grass, but on the whole this is a very still space. Many interactions take place – it is evident that the wolves are communicating, but we as human viewers are not sure what is happening. The tranquil silence draws the spectator in and allows the viewer to discover a different wolf.

Demelza Kooij (NL), born in 1985, is a Dutch artist/filmmaker who lives in the UK. Her work is shown in museums of modern art, film festivals, art galleries, and conferences internationally. After finishing an MA in Philosophy (University of Amsterdam) she completed an MA in Documentary Filmmaking (Royal Holloway University of London). Whilst working as senior lecturer in fiction and documentary filmmaking at Liverpool John Moores University, she is completing a PhD by practice about animal representations in film. Demelza plays with depictions of flora and fauna, matters relating to posthumanism, and she voyages between borders of film form and animal perspectives. 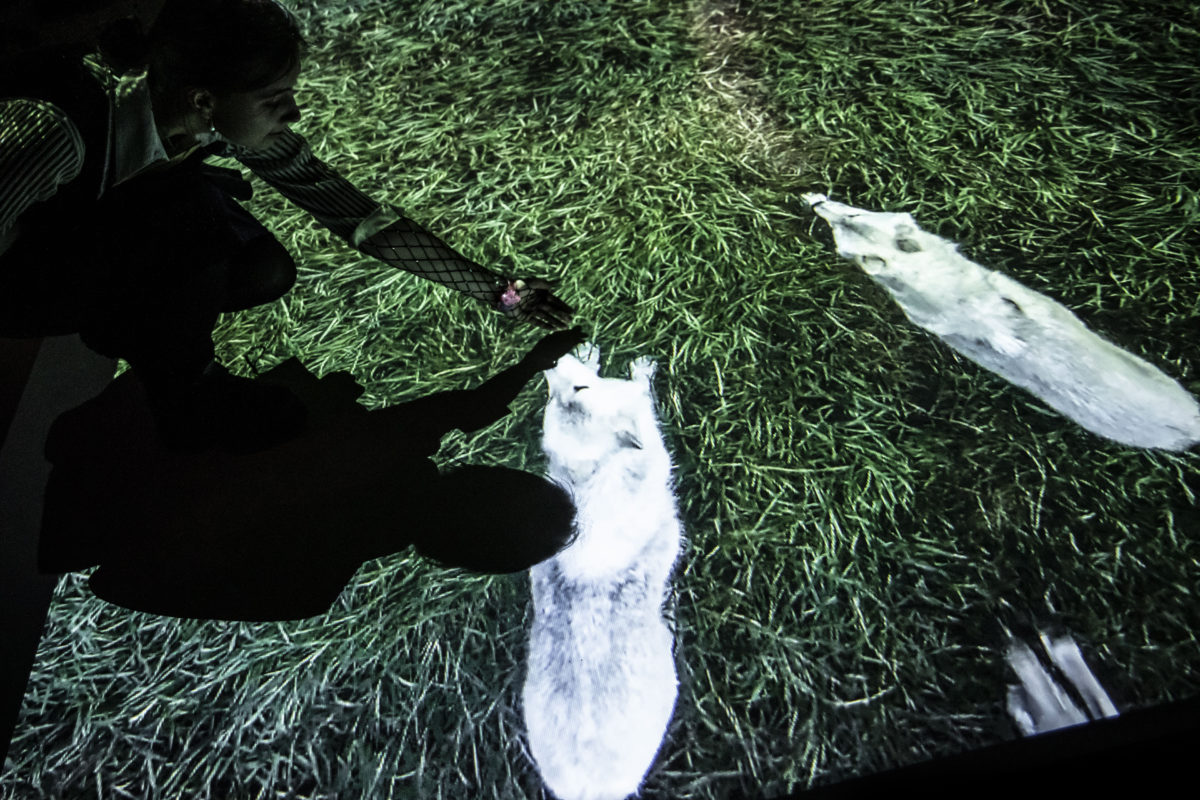