There are an estimated trillion insects living in the world. They fall into three to four million species, though some statistics claim that there are even up to twenty million species of insects. Their combined mass exceeds that of any other creatures. There are 250 million insects for one human, and 300 kilos of insect bodies for one kilo of our body. Insects are an extremely important and irreplaceable element of the ecosystem.

I spent one year collecting dead bodies of insects. I found them in various corners of human lives, and before picking them up, I filmed and took pictures of them. I used a phone, for I always had one on me.

My project consists of insect bodies which were coated with copper, nickel and, finally, 24-karat gold. To this purpose, I relied on the electrochemical processes of electroforming and galvanization, in which electric current is used to transfer cations from the anode to the cathode, while submerged in a bath of a suitable solution. I carried out the procedures myself, devoting an appropriate amount of attention and time to each of the bodies. The objects are put on display at places where dead insects can naturally be spotted, such as windowsills and the floor.

Besides the insects, there are also invisible loudspeakers in the room. From time to time, they emit a subtle and ephemeral quadrophonic sound of an insect flying by, which produces unpleasant sensations.
The exhibition space seems emptyish at first, as it takes time to discern the precious insects.

Zofia Martin, born in 1992 in Gdansk, where she received a B.A. degree with honors from the Academy of Fine Arts and continues her studies at the same studios (mamy metryczkę do dyplomu z nazwą pracowni). In 2013, she studied at the Escola Superior Artistica do Porto in Portugal. In her art, she uses various media, creates videos and objects, and works with sound. As a VJ and a DJ, she contributes to the music milieu of the Tri-City; she is also a member of Gnojki, a social and artistic collective involved in organizing seaside cultural and entertainment events. She mostly develops installations, and her recent art revolves around the theme of empathy, focusing on the pitfalls of the deficit of fellow feeling between humans and non-humans.

Her works have been presented at solo shows at the Kulturhauz and the Wozownia Art Gallery in Torun as well as at group exhibitions, including at the National Museum in Gdansk, the Museum of Modern Art in Warsaw, the Center of Polish Sculpture in Orońsko, the Wyspa Institute of Art in Gdansk, and the Edifício AXA in Porto. 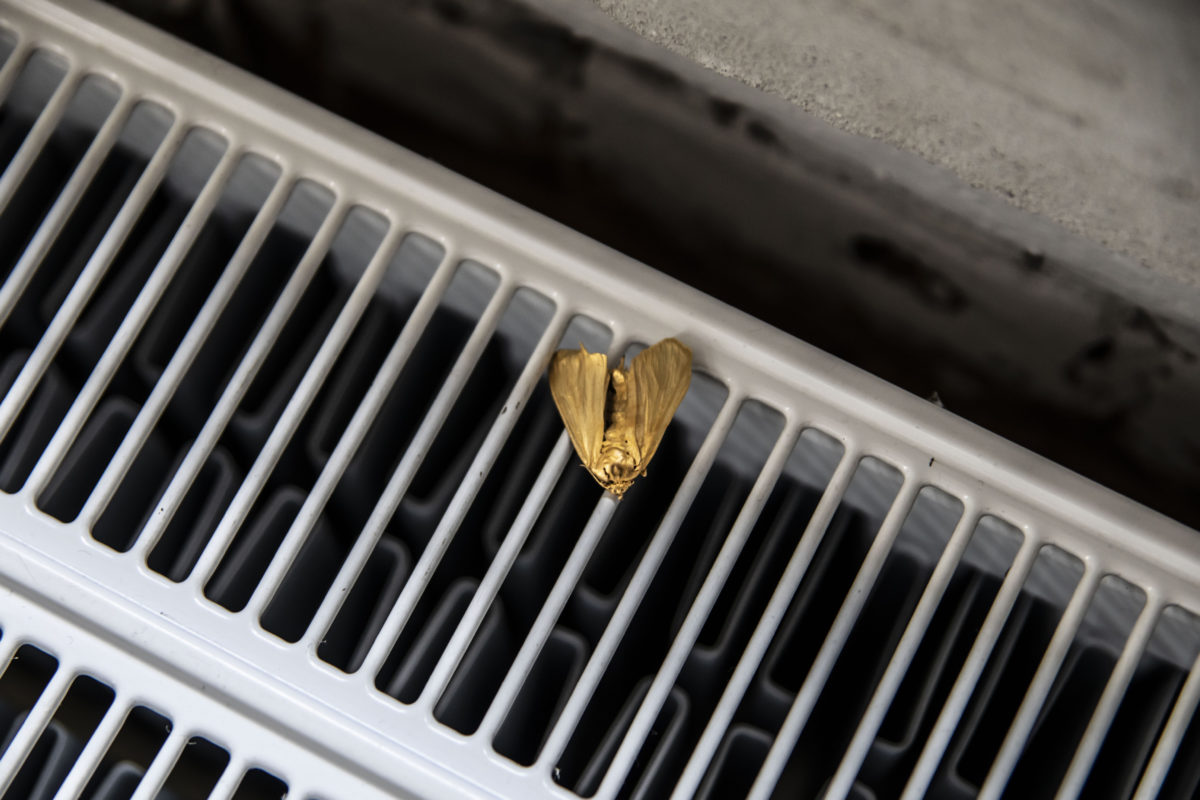