On the basis of an oversized 3D web browser which can be used by piloting the avatar of Akihiko Taniguchi (the hallmark of the artist), the artist developed a site-specific version of his work in the context of the HUMAN ASPECT theme of the WRO 2019. Taniguchi’s work proposes a radical move underneath the external layers of the technology’s shiny surface. Helplessly imperfect, his avatar, despite being based on the advanced engines for the gaming industry, is trapped in the 3D-computer-generetated non-space of the Internet and thus anticipates the future of the total digitality. How not to forget the qualities and features of the source human aspect?

Akihiko Taniguchi, born in 1983, lives and works in Tokyo. He is a full-time lecturer at the Tama Art University and a part-time lecturer at te Musashino Art University. He creates installations, performances, and video works using self-built devices and software. In recent years, he has been focused on net art and sometimes involved in Vjing. His major exhibitions include the dangling media (emergencies! 004 at Open Space 2007, ICC, Tokyo, 2007), the Space of Imperception (Radiator Festival, UK, 2009), the redundant web (Internet, 2010), Internet Art Future? (ICC, Tokyo, 2012), and others. 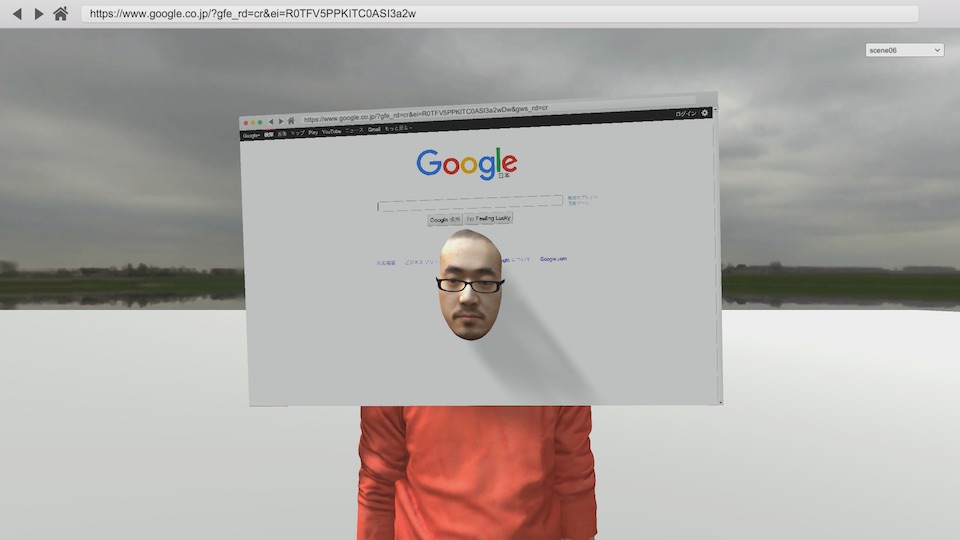