A sound installation and performance that transform the bioelectrical signal from microorganisms to sound. The work starts with building a Winogradsky Column and making a small ecosystem with mud and water; generating the electric signal with a Microbial Fuel Cell (MFC) technology, and measuring voltage from microorganisms which is formed in mud. As time proceeds, microbes will create small electricity as for it to operate the circuit and they will die when lacking nutrients. This process illustrates a circular relationship between life and death. Interaction between organic matter and natural phenomena — such as soil, water, respiration and oxidation, symbiotic relationship in a microcosm — imply poetics in the microbial sphere. This work also aims to explore the domain of energy harvesting and clean energy generating. The audience is invited to experience the sound in real-time microbial data from organic matters with a handmade bioelectrical signal-oscillator circuit.

Sabina Hyoju Ahn (KR) an artist who works with various media, sound and organic matters. Her research area is involved with finding hidden rules and patterns in natural elements and translating it into different shapes of perceptual experiences. She has broadened her artistic spectrum in South Korea and Europe and currently she is a Ph.D. candidate in Tangible Music Lab at Kunstuniversität Linz. Her works have been shown in various places including Piksel festival (NO), Transmediale Vorspiel (DE), Mediamatic (NL), Athens Digital Arts Festival (GR), AMRO (AT), Lab 30 (DE), Art Center Nabi (KR), ACT Festival (KR), Daechung Chungjoo City Museum of Art, V2 (NL) and she has been awarded NIME (New Interface for Musical Expression 2017) Best Sound Performance. 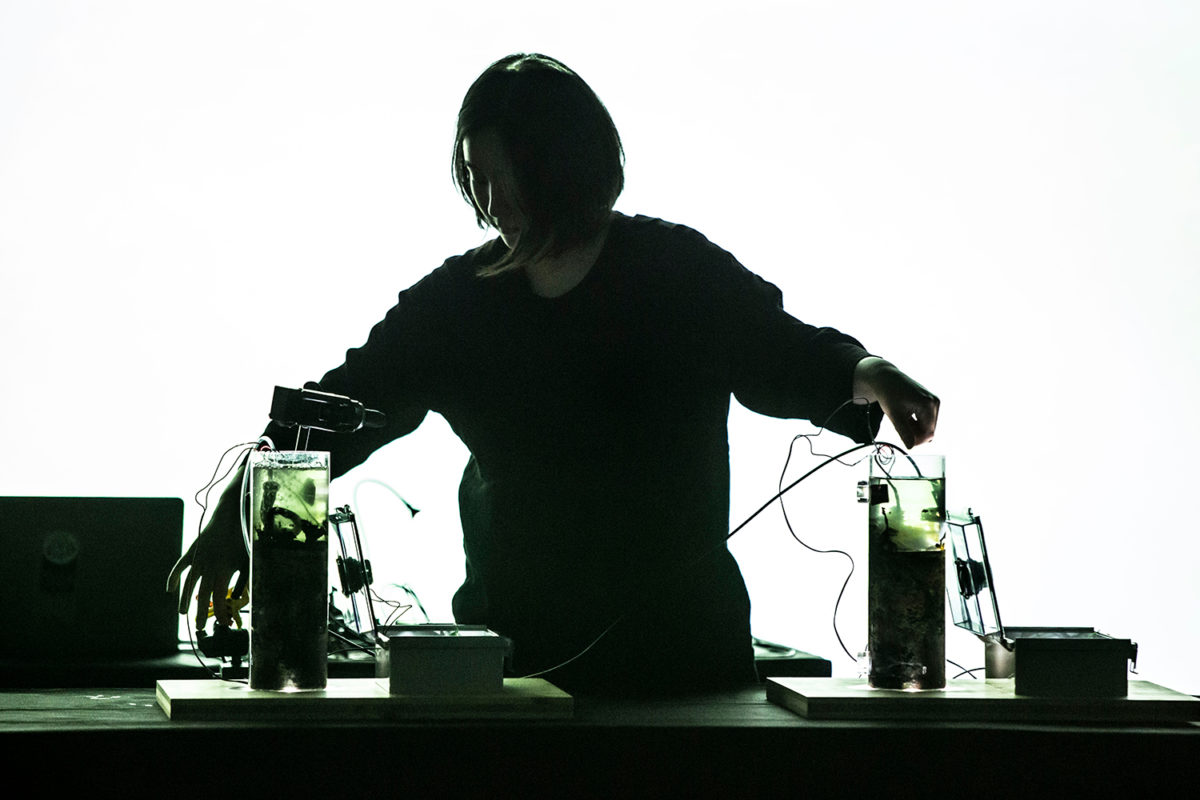 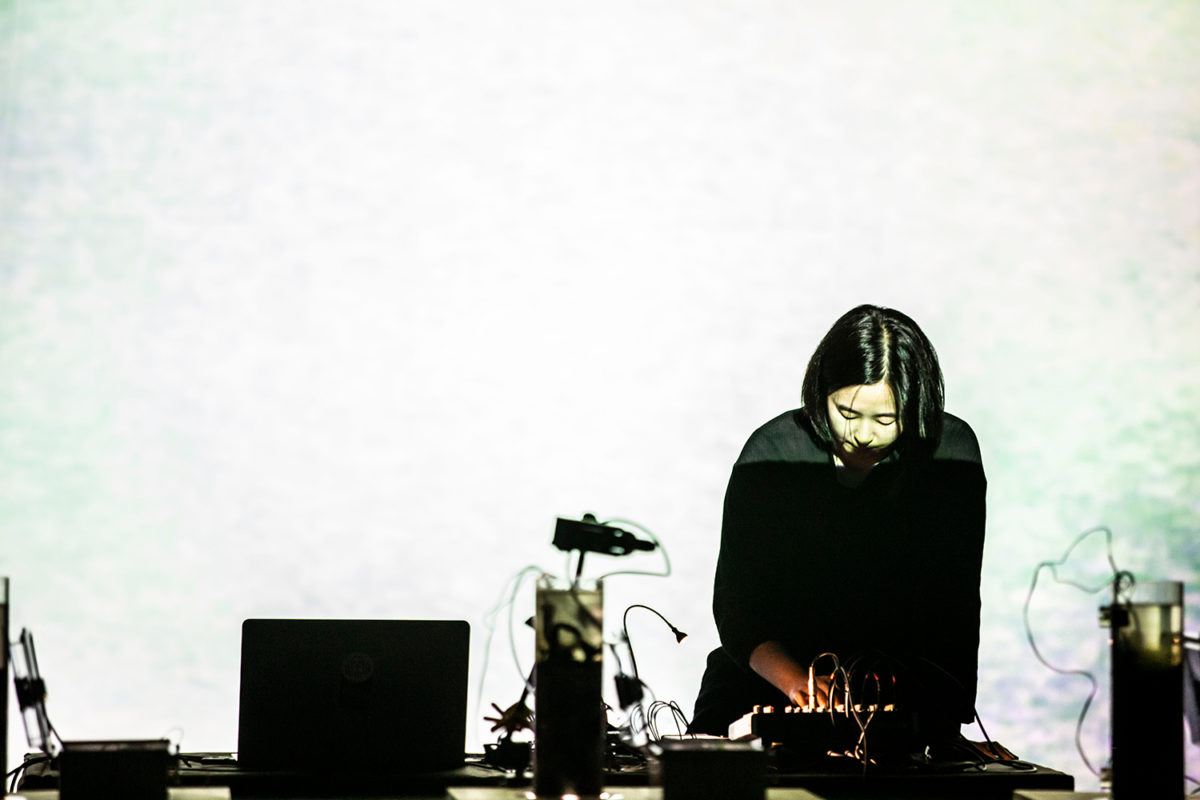 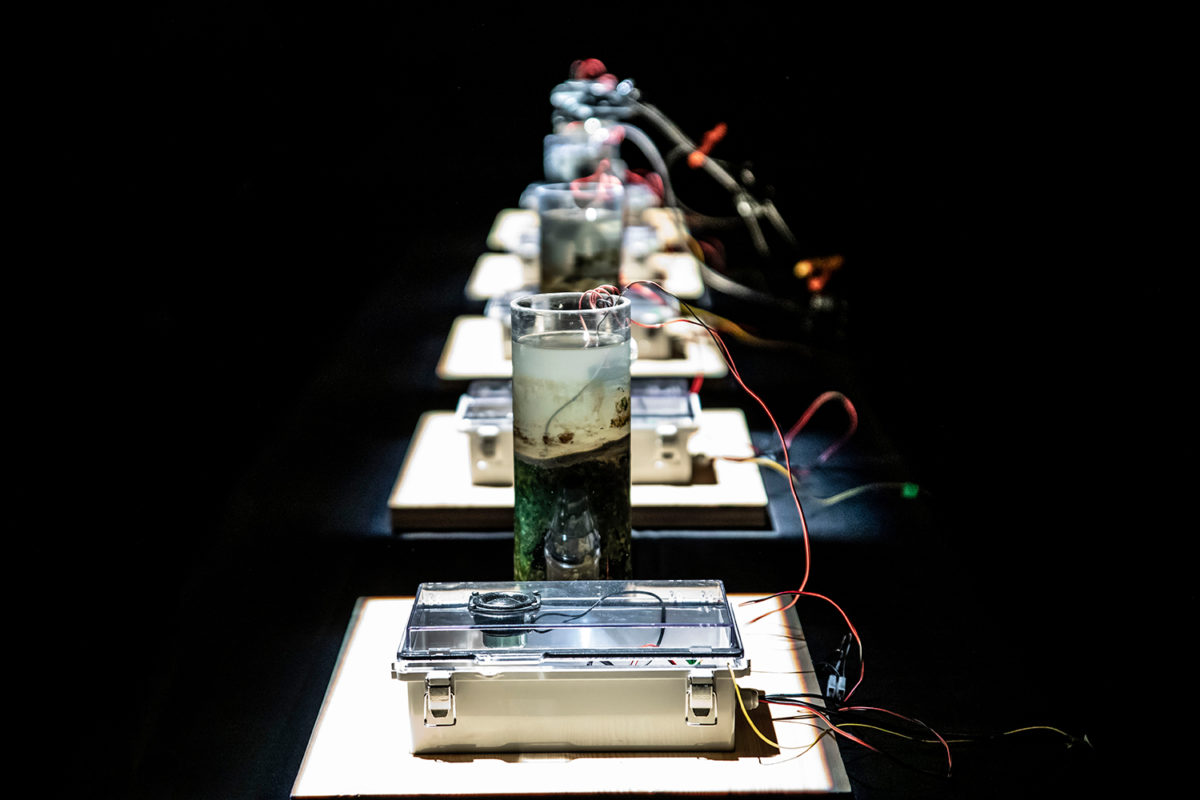