What if we could automatically vote with an artificially intelligent face scan in a voting machine? Smile to Vote simulates exactly this – and thus initiates a reflection on political processes, self-determination and privacy in the digital age.
Smile to Vote is a trans-disciplinary scientific media art project, which deals with the implications of biometric scoring. It is informed by latest scientific findings in AI- and psychometrics research and questions them by creating speculative realities.
The project has been exhibited at the European Parliament, at various Museums and Institutions all over Europe and has received substantial media coverage. It has instigated valuable discussions amongst scientists, policy makers and the general public.
The artistic research project portrays the fictitious GovTech startup “smile to vote” and its cutting edge product with the same name: an ultra efficient e-voting booth. By means of AI-based facial scanning, the e-voting booth gages the political conviction of any given person and emulates the process of digitally casting a vote at the 2019 EU Parliament elections by simply looking into a camera.
The installation is accompanied by a website and a video, both of which subtly oscillate between the plausible and the fantastical.

Alexander Peterhaensel (DE) is a media artist and researcher. His works discuss the implications of digitization with a focus on Artificial Intelligence as well as Virtual- and Augmented Reality. He is Assistant Professor at the Institute for Time Based Media at the University of the Arts Berlin and a member of the Research Group for Convergence between Art, Science and Technology at the UNESP, São Paulo. Currently he is Artist in Residence at the European Commission. 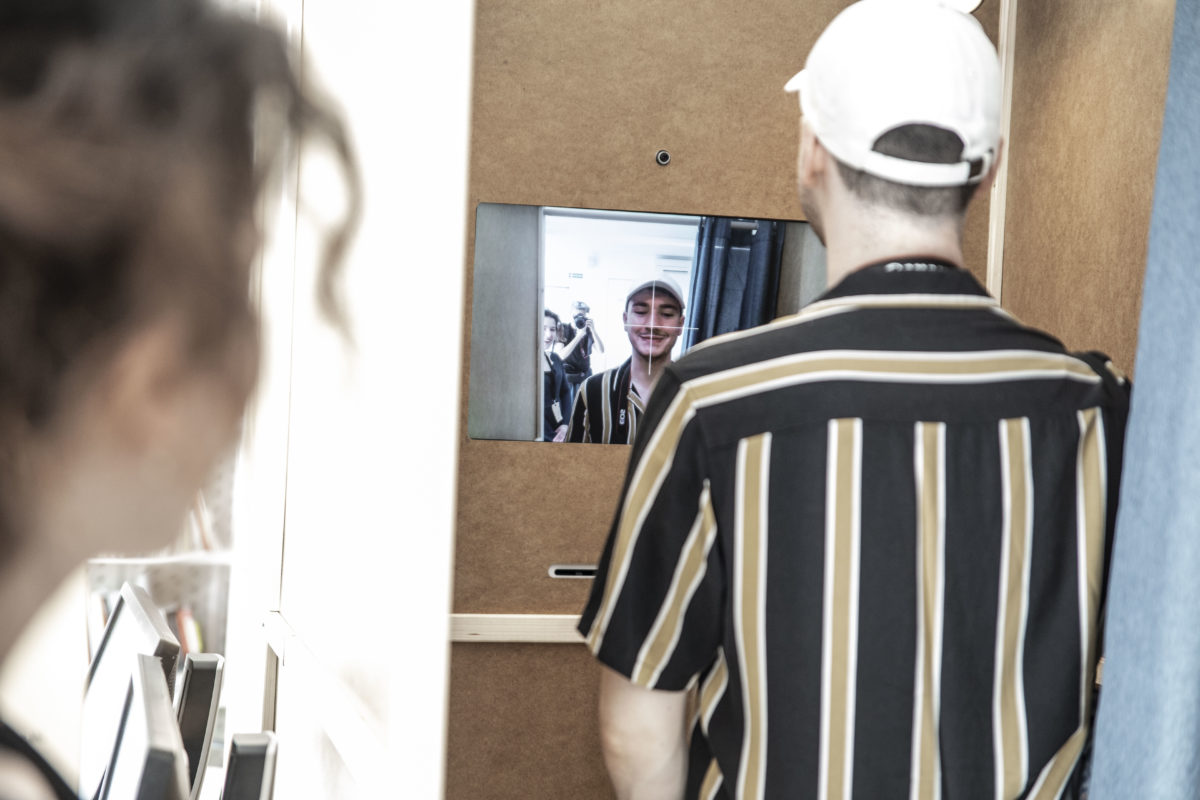