The artist adopts the role of a player (youtuber/streamer) and a character in a game called the Painting Simulator. The work comments on the typical stylistics of character modeling in computer games and on playing modes, whereby it highlights their imperfection and artificiality. The schematic nature of ostensibly independent Internet production is emphatically brought to light.

Jędrzej Sierpiński (PL), born in 1992, is a final-year student of Painting at the Eugeniusz Geppert Academy of Art and Design in Wrocław. With the human being at the center of his art, he is particularly interested in transgression which can be seen and expressed through modern media. His works have been shown at WL4 in Gdańsk, the BrowArt Gallery (2018) and the City Gallery in Wrocław (2017, 2016). 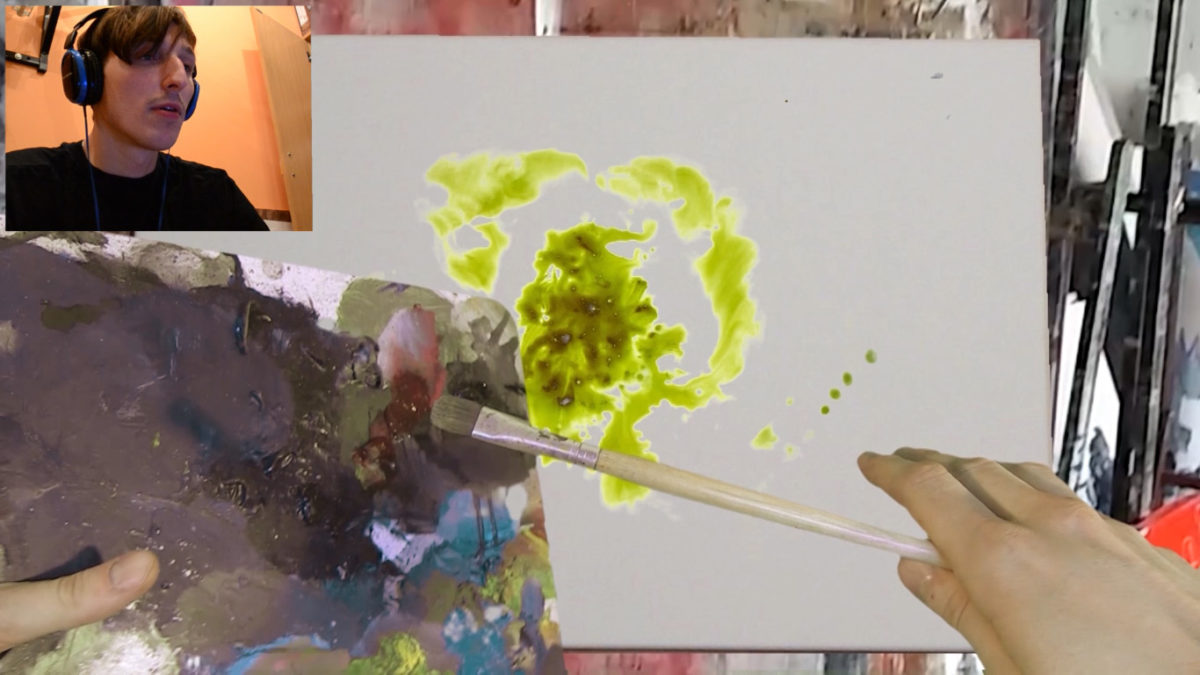