A video installation that explores the complex contemporary dialectic between man and machine and reactualizes the surrealists’ practice of the Exquisite Corpse in the post-Internet age. This project started when, while typing a message on her smart phone, she accidentally pressed several consecutive times the predictive text bar on the screen. Kosmatopoulos noticed that through the mechanical gesture of her hand on the screen, the phone had been composing “by itself” full sentences following a proper grammatical structure subject-verb-object. The repetitive quasi-automatic movement she was monotonously performing contrasted with the original writing text that was digitally composed on the screen – a text mediated by the phone’s artificial intelligence. 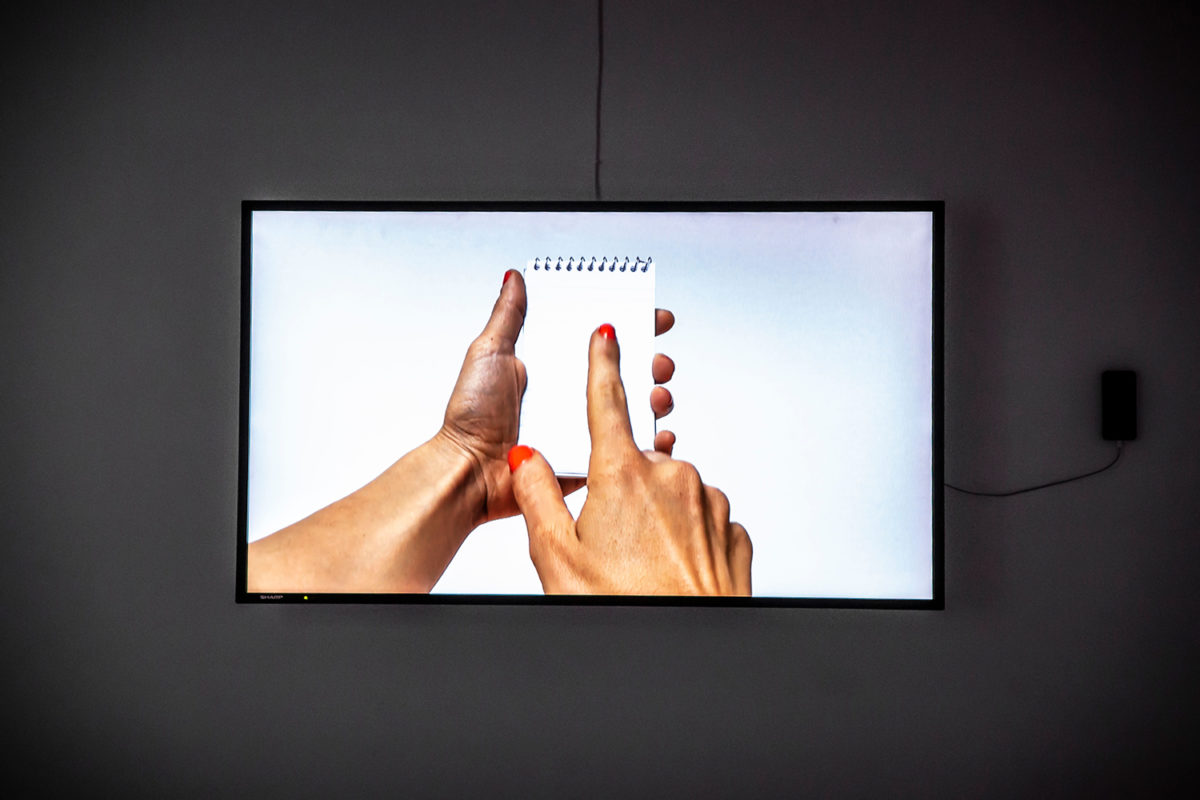