Do robots dream of virtual puppies? A game about training dogs is being played by a robot. This installation deals with simulated leisure time, virtual animals and artificial empathy. Does a virtual dog notice that he is being stroked by a robot? And can it develop sympathies for this robot? 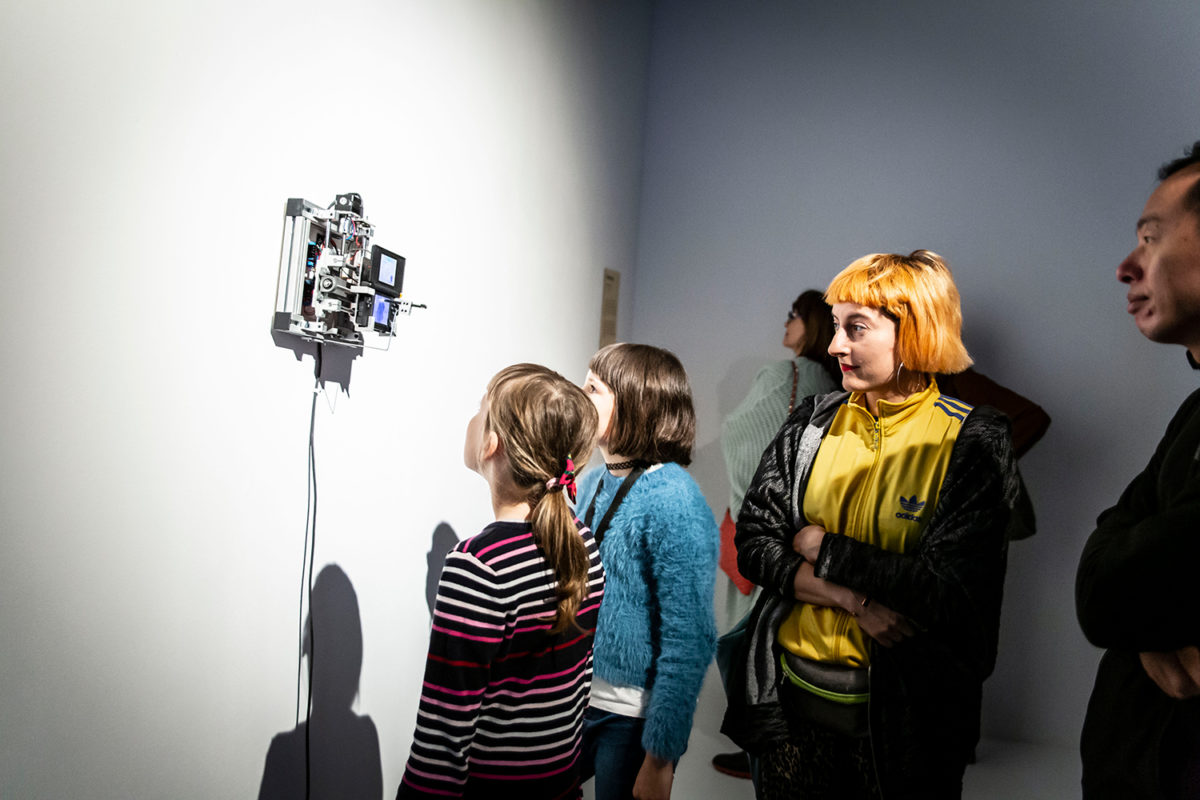