My body is my laboratory
— Or I Call it Earth Coincidence Control Office.
Share
Gaetan Kubo (JP)
video, 2017, 5:50

Kubo seeks to bring himself closer to the undeniable feeling that the world and its history are steered by something beyond human intelligence, by making his own body a laboratory which connects with humanity. First, he finds his ancestors’ tomb and peers inside it by recreating the interior with computer graphics. He proceeds to look for the intersection of his DNA chain sequence and the collective memory of humanity by donning a horseshoe crab mask which houses the memory of his ancestors, then snorts salt through his nose as if it were a hallucinogen and gulps a drink of water. By doing so, he brings the ocean into his body and mind, and he sinks further into the inner ocean led by the horseshoe crab, which is said to be a living fossil.

Gaetan Kubo (JP), born in 1988, lives and works in Kyoto. A graduate (2013) of the Intermedia Art Course at the Graduate School of Fine Arts, Tokyo University of the Arts. In his works, he relies on originally designed devices to discuss what he collectively refers to as the “occult”: paranormal phenomena, scientifically imperceptible things and invisible relationships within psychoanalysis and social sciences. 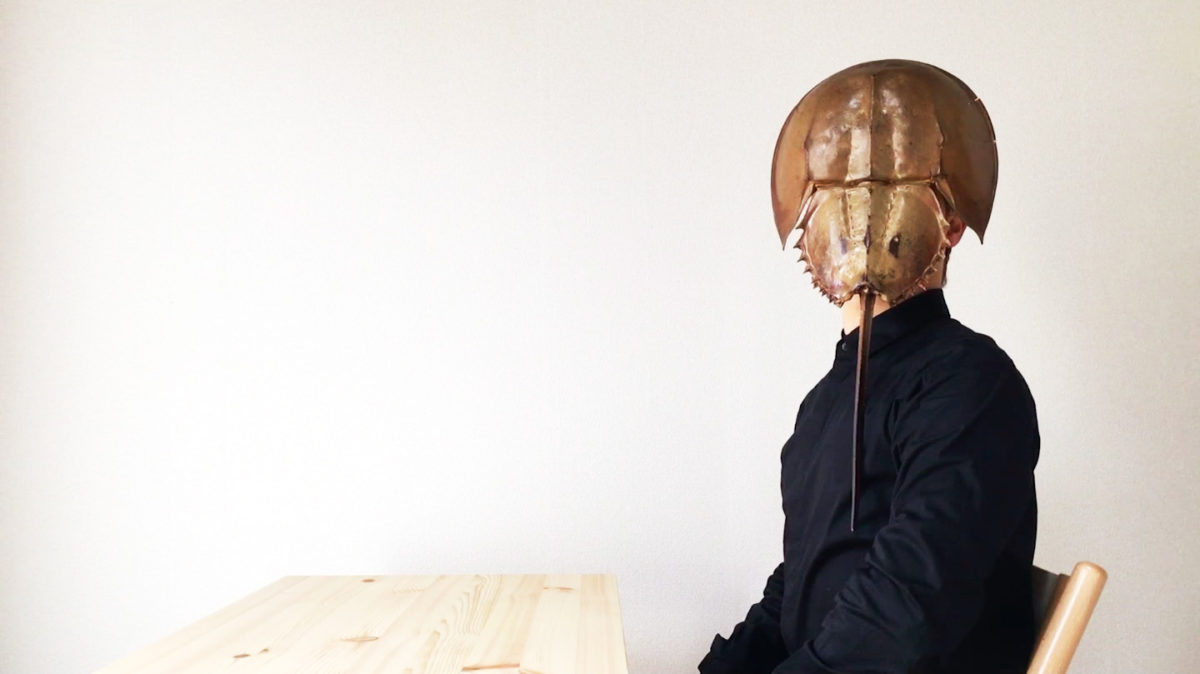