An audiovisual performance that explores the possibilities of embodiment of an electroacoustic work in real time through gestural interaction with a unique device. On stage, an audioreactive play of light unfolds gradually: Alexis Langevin-Tétrault builds a network of strings with which he interacts to create a sound universe between the industrial noise, electronica and acousmatic music. Through the staging of corporality and the dialectical relationship between the human and the machine, the performance presents an allegory of the globalized and interconnected modern world in which the individual seeks to derive meaning from his experience and attempts to preserve its freedom of action.

Alexis Langevin-Tétrault (CA) – composer and stage artist, he has contributed to a variety of electronic and electroacoustic music projects, such as: Falaises, DATANOISE, QUADr, ILEA, BetaFeed, Alexeï Kawolski and Recepteurz. His actual work is characterized by the design of audiovisual devices, physical performance, scenographic and dramaturgic work, the critical and thorough use of digital audio technologies, exploration of sound timbre and also conceptual and social reflection. 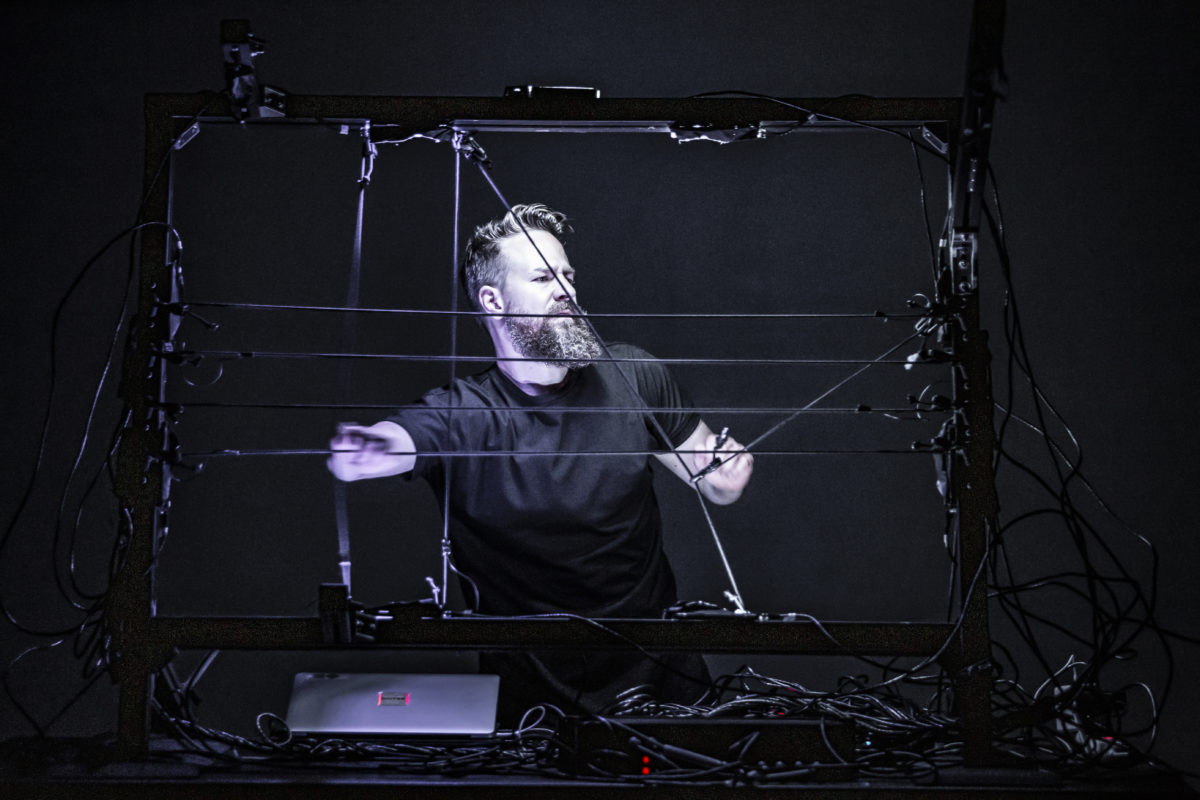